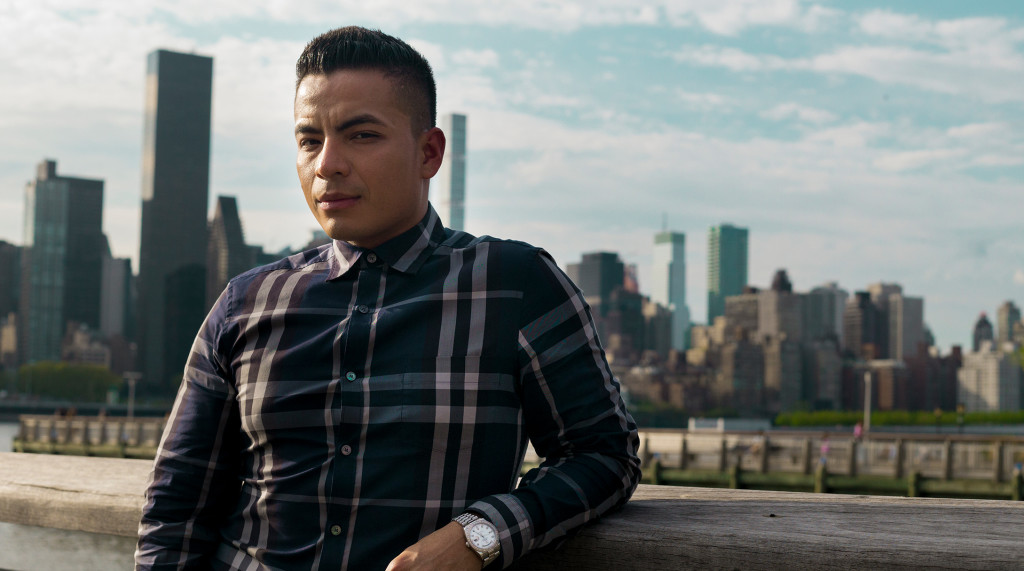 In honor of WorldPride NYC, we revisit a series of profiles of LGBTQIA+ immigrants to the U.S. from around the world. Seeking asylum from their home countries, these brave members of our community spoke with NYC Pride about the happiness and heartache of their journey to create a new home in the United States. We thank Immigration Equality, the leading LGBTQIA+ immigrant rights organization in the country, for connecting us with these amazing individuals.

This article was originally published in June 2017.

Estuardo Meda is in love with New York. Since arriving from Guatemala in 2009, his journey has lead him to new relationships and new career goals. He spoke with us on establishing New York as his new home.

“In the beginning it was so difficult,” Estuardo tells us, describing his transition. He initially moved to Long Island to stay with a friend, where he worked to learn English so he could get a full time job. Estuardo found work at a bar in Manhattan, where his English improved and he met friends that became his family. After learning of Immigration Equality at the LGBTQIA+ Center, he sought asylum and became a resident. He describes his experience by saying, “living in New York is like living in a magical place, especially as an immigrant.”

Estuardo attended New York City Pride for the first time in 2011. He described his experience at the March to us, saying, “I was [in the March] screaming and feeling myself, and I thought, ‘Wow, there is nothing wrong with being gay, this is how I was born.” Estuardo looks forward to Pride because, “[It is a] day to show off who you are. That’s why there’s a rainbow, because everyone is different.”

A strong juxtaposition to the country where he came from, Guatemala. “For me to be in a country controlled by corruption, poorly led and extremely religious, it was terrible to be LGBTQIA+,” Estuardo says of his former home, “I’m so thankful to live in New York because I can finally live in a place I can call home, I can live in a place where people think it’s okay to be gay.”

New York is literally Estuardo’s dream come true. When he was 12 years old, he dreamt of a big city, with a moon over the skyline. Estuardo didn’t know where the skyline was at the time, but speaking to us now he tells us, “My dream to live in a city where you are who you are, where there are so many opportunities for you, came true.”

Working to improve himself, Estuardo has enrolled in ESL classes at Columbia to learn English, math, and more. A natural born people person, he found his niche in customer service and physical fitness. He would like to someday earn a Bachelor of Science and become a physical trainer. “It’s amazing being gay here, there are so many opportunities,” he said, when describing his career goals.

Estuardo also spoke with us on building new relationships in a new city, saying, “my friends are my family now.” It was here in New York that he found his first relationship and first love. “Being Latino, whatever you do, it is carried with feelings,” Estuardo said, describing the experience, “It takes some time to learn how to feel comfortable [in a new relationship]. It took me so long to relax, to work on my issues, and now that I have I know what I want.”

Reflecting on his new home, Estuardo tells us, “I’ve just been growing and growing in my life and in New York. This city lets me grow.” He describes the city as the first place where he felt proud of himself. “I feel like it was part of my destiny to live here,” Estuardo finishes, gesturing to the skyline behind him. 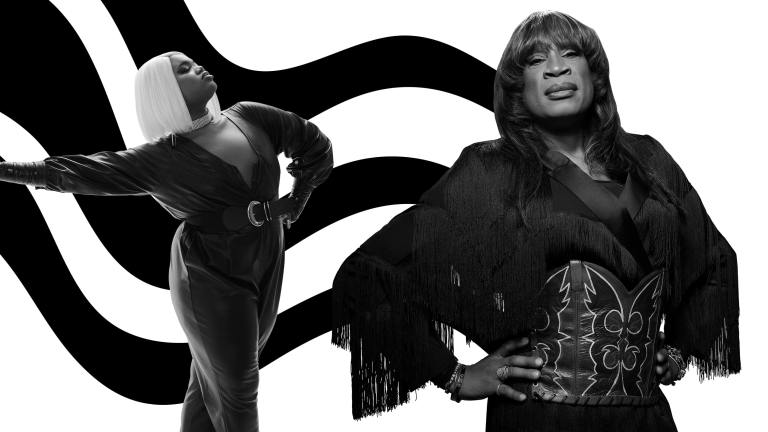 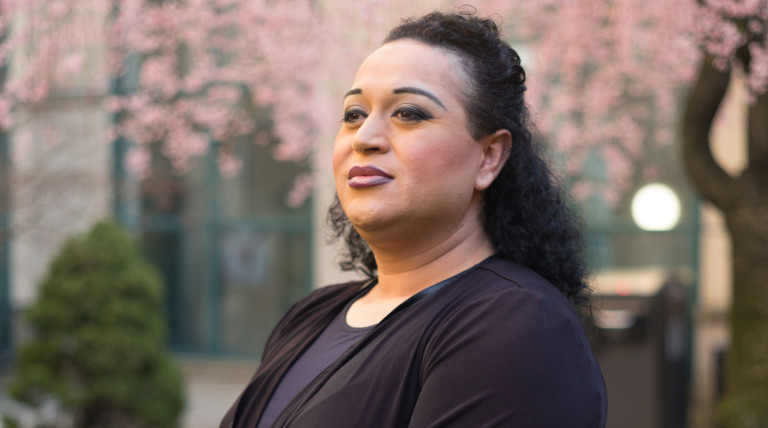 Read about Ishalaa Ortega and her story of seeking asylum in the U.S. from Mexico.